page turner, The Rest Of My Life. But first let’s learn a little about fun and sassy Sheryl.

“I’m also a foster parent to disabled dogs, one or two of whom have featured in my books. You can find out more about my dogs, including my Pets as Therapy dog, who was rather unique, on my ‘Furry Friends‘ page. I live in Droitwich in Worcestershire, with my son and partner and my odd dogs, and when I’m not passed out in front of my PC, I can be found messing about on the water in our little narrowboat, Aquaduck, which  I fall off, frequently, me being me.”

Now to hear about the book!

The Rest of My Life – When is it time to stop running?

Recommended to Choc Lit by the WH Smith Travel fiction buyer my contemporary romance novel, The Rest of My Life, is here!!

Fun, sassy and a tad naughty in places … The Rest of My Life

“You can’t run away from commitment forever … “

Adam Hamilton-Shaw has more reason than most to avoid commitment. Living on a houseboat in the Severn Valley, his dream is to sail into the sunset – preferably with a woman waiting in every port. But lately, his life looks more like a road to destruction than an idyllic boat ride…

Would-be screenplay writer Sienna Meadows realises that everything about Adam spells trouble – but she can’t ignore the feeling that there is more to him than just his bad reputation. Nor can she ignore the intense physical attraction that exists between them.

And it just so happens that Adam sees Sienna as the kind of woman he could commit to. But can he change his damaging behaviour – or is the road to destruction a one-way street?

Fancy a peek at the video?

THE REST OF MY LIFE comes to you from award winning Choc Lit.

Today is the North American launch of this fabulous memoir written by my friend, Austrialian author, Torre De Roche.

Within weeks of self-publishing this book, agents and a movie producer were knocking on Torre’s door and her world turned upside down … in a very good way. The past few months have a been a flurry of excitement as Love  With a Chance of Drowning has been launching: first in the land Down Under and now in the USA and Canada.

Torre is the first to inform you that she worked on this memoir for 8-1/2 years. That’s how long it took her to become an overnight sensation! Her message to fellow writers is to never give up and keep on writing for the love of what you do. See the post “Don’t Quit” today on her blog. We can all use that reminder!

Torre is talented, quirky, hilarious, sensitive and the kind of girlfriend you would love to have around. Since we can’t all get together with her for a beer or a latte in person, I highly recommend you have regular meet-ups with Torre on her blog The Fearful Adventurer.

But first, dash out and buy her book or simply click here to download. You won’t be disappointed!

Love with a Chance of Drowning is part travel journal, part memoir, with a side dish of ‘Dear Diary’ as Torre bares her soul and discloses her deepest fears, her honest observations and feelings about her relationship with Ivan, and sometimes secret longings for their future.

The adventure begins in a bar in San Francisco, after one too many dirty martinis, when a chance meeting with handsome and charming Ivan leads to a sweet love affair that ends with Torre realizing she either has to wave goodbye to her lover from the dock or join him in his dream to sail around the world … no matter how terrified she is of the ocean and what dwells beneath.

As a lifelong travel junkie, I’m always ready to take a trip but this is one I would only do in the pages of a well-written book. Torre’s unique voice and her gift of blending humour with sensitive, poignant, honesty will keep you riveted from beginning to end. And then you will wish for more!

I don’t normally do book reviews because there are many others who do a great job of that. I like to focus on the story behind the book and the author’s individual story. Torre answers a few questions here about the journey itself. 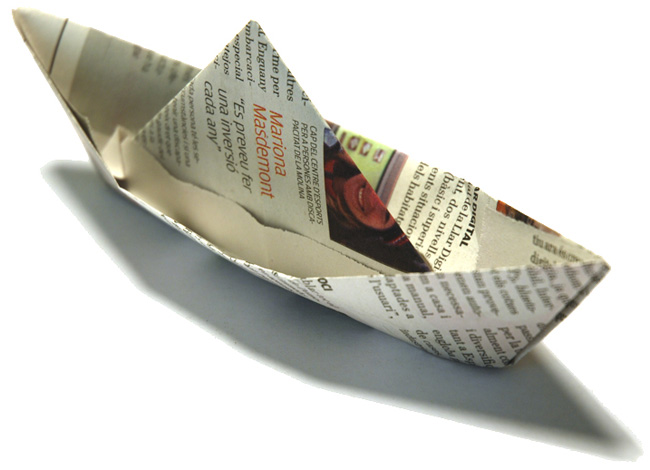 How long was the sailing trip? Where did you go?

I sailed two years and around 7,000 nautical miles. We left from Los Angeles and traveled down the Baja California Peninsula to reach Cabo San Lucas, Mexico. We departed Cabo on my 26th birthday and sailed 26 days through empty ocean to get to French Polynesia. From there, we spent two years island hopping through the South Pacific: Hiva Oa, Tahuata, Toau, Apataki, Rangiroa, Tahiti, Moorea, Bora Bora, Raiatea, Aitutaki, Niue, and Tonga to name a few jaw-dropping stopovers.

Before you set off across the Pacific, had you sailed before?

When I was teenager, I went sailing for a week with my parents. I was seasick and terrified of sharks, which was odd—we were on a flat lake.

Having never sailed on an ocean before, what was your experience of sailing the Pacific like?

At first, I hated it. While sailing down the California coast, we ran into bad weather and—as I vomited everything but my large intestine—I was certain I was going to die. After we reached Cabo, I had to decide between staying aboard for a month-long passage, or quitting and flying home. If I flew home, one of two things would happen: Ivan would give up his sailing dream to follow me, or he’d go without me. Both options were unimaginable, and I didn’t want my fear to stop us from having this amazing adventure. So I decided to go for it. From that point on, the sailing got easier.

Ivan immigrated to the US from Argentina when he was 17 seeking a better life. Argentina was politically unstable and it didn’t offer good opportunities for Ivan to do what he wanted to do: computer science and economics. After they moved to the US, his family of 4 earned a meager $18,000 between them in their first year. Ivan watched children’s TV because it was the only English he could understand. They scraped by, living together in a small apartment and pooling everything they earned.

Ivan got a full time job at Starbucks to pay for his economics degree and his rent and food, which was often a can of creamed corn eaten with a spoon. He eventually earned his degree and worked his way up the ranks to become a senior project manager in Silicon Valley. By 30, he owned an ocean-ready boat and had saved enough money to sail for five years.

Did Ivan have sailing experience?

Yes. He did a sailing class with UCLA and he also studied navigation. He practiced a lot by sailing his boat around LA and to Catalina to gain experience. When he was 27, he joined a crew of 2 other people to deliver a yacht across the Atlantic. After that experience, he knew he could sail oceans on his own.

How did Ivan convince you to get on board?

He was very subtle about it. He planted seeds of inspiration for me to find, like leaving books with beautiful pictures of the South Pacific islands on the coffee table. Even though I tried to convince him that I suffered from this debilitating dysfunction called Fear, he didn’t buy it. I was finally convinced when Ivan gave me a book called Maiden Voyage, by Tania Aebi. I read the story of a clumsy, scared 18-year old who sailed the world on her own, and I thought: If she can do it, maybe I can too?

What is the most incredible sight you saw?

After traveling 26 days and 2,600 nautical miles without any land in sight to get from Cabo, Mexico to Hiva Oa in French Polynesia, I got out of bed on our first morning of being safely anchored and there was a luminous rainbow arched right over the boat. It was almost too magical to be real.

What was your favorite place in the South Pacific?

There’s a stunning atoll in the Tuamotu Archipelago in French Polynesia that’s populated by a family of just ten people. It’s called Toau and the only way to get there is by boat. We were welcomed with open arms by the island family, and we fished, explored, cooked, played games, watched movies, laughed, danced and partied with them. They spoke French, so we could hardly communicate, but this didn’t stop them from adopting us for three weeks. Sailors battle wind and waves to have these kinds of experiences.

What one tip would you give anyone who is about to embark on an adventure?

Try not to let unreasonable fears stop you. Fear is a survival mechanism and it’s okay to feel scared, but it doesn’t need to hold you back. Admit to feeling afraid and have a laugh at yourself—this will shut it up.

What has been the biggest thing you’ve learned from your experience?

I’ve learned that there’s no use worrying about all of the ‘what if?’ scenarios. When I first started sailing, I’d panic every time I saw a squall on the horizon. After two years at sea, I realized that squalls often blow themselves out by the time you reach them, so I learned to relax until forks of lightning were directly overhead. When the worst did happen (and it did!), I was far more cool and calm than I imagined.

The life lesson is this: deal with what’s going on right now, because worrying about the distant horizon will waste your energy and steal your time enjoying the present.

Reading LOVE WITH A CHANCE OF DROWNING offers food for thought for everyone who is afraid of something … anything, really!  Torre has a fabulous contest on her blog right now about just that topic. Write about what it is that you fear the most and you might just win a $1000 airline ticket! Click here and spill what your most fearful adventure might be. See you there!

P.S. Speaking of travel, which you know I do on a regular basis, I want to give a shout out here to the fabulous Words and Peace website where my new release,  The Promise of Provence , is the book of the  month giveaway! Already have your copy? Win one for a friend!